PC Ged Walker was dragged 100 yards and fatally injured by a stolen taxi as he reached into the vehicle in an attempt to remove the keys from the ignition. He died in hospital two days later from serious head injuries.

Memorial – Unveiled September 2005 at the junction of St. Albans Road and Cantrell Road in Bulwell 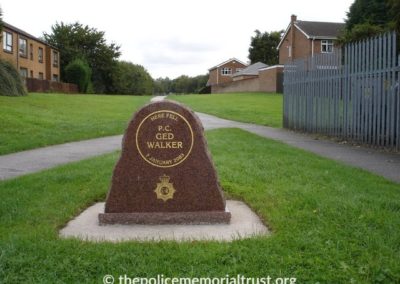